Our Mandarin ministry was the youngest of our three congregations and followed very much after years of prayer for China. When China began to open up to the world we started welcoming scholars at Sheffield University who often came with their families. Following the Louis Palau Crusade in Sheffield in 2000, we received several converts into our church. We also had support from Chinese Overseas Christian Mission and Manchester Chinese Christian Church and ministers including the late John Hodgkinson would helped our follow up of the believers. We started a Sunday Mandarin worship service which had around sixty members in the congregation in the early 2000’s. Today this Mandarin worship service is combined with our Cantonese congregation every Sunday at Anns Road at 11:30am.

We have a Mandarin Bible study every Friday evening from 8pm till 10pm in 12 Watson Road. We are currently studying the book of 1 Peter.

We also have a combined three congregation prayer meeting every fourth Sunday at Anns Road from 2pm to 3pm.

All are welcome to these activities and encouraged to attend. 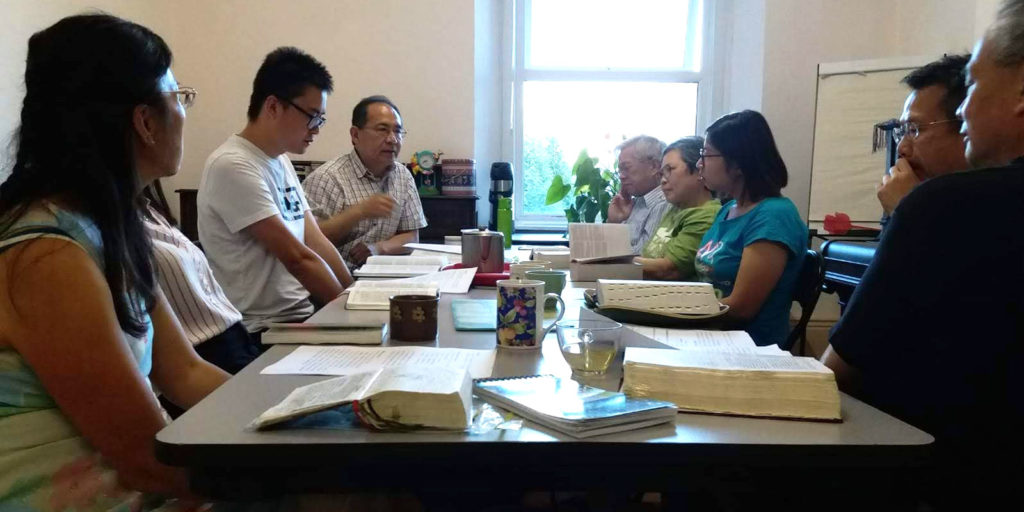